THIS IS ONLY A PONDER

Was doing a little thinking today, and after my last post on the Statue of Liberty, I stumbled upon something... 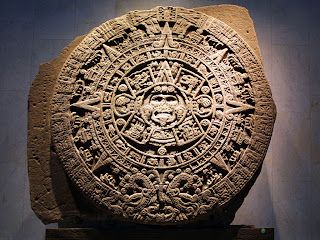 Study the Mayan Calendar above, and take it in.

The Face in the center represents the Sun god known as "Sol Invictus". The Statue of Liberty is represented from the image of Sol Invictus, as seen below:


Below we see a coin representing Sol Invictus:

Aurelian in his radiate crown, on a silvered bronze coin struck at Rome, 274-275

Let us take another glimpse at the Statue of Liberty: 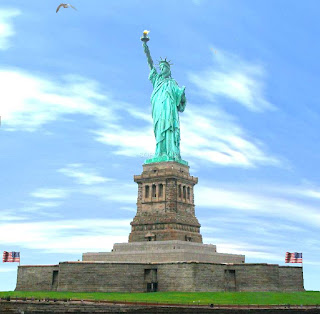 Let's take another look at that Mayan Calendar: 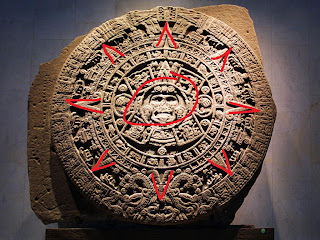 Here we see the points representing "Sol's Crown", or the base of The Statue of Liberty (or crown), and represented in the center of the tablet, is sun god, "Sol".


Let's take a look at the base of the Statue of Liberty: 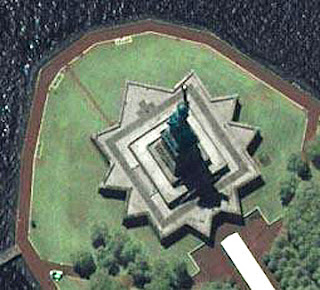 We see 11 points (or triangles/pyramids) to the Liberty base.

If we take a look at the Mayan Calendar once more: 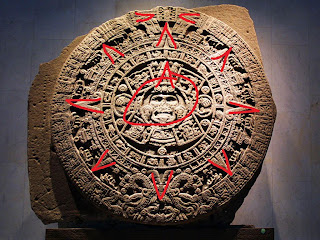 We notice a whole total of 11 points.


Now I doubt this has any meaningful representation towards anything, but like I stated, this was just something that popped into my head. We do however know, that Lady Liberty takes on the image and representation of sun god Sol, and even wears a Romanian Toga, carrying the torch representing "Light" or "The Sun". 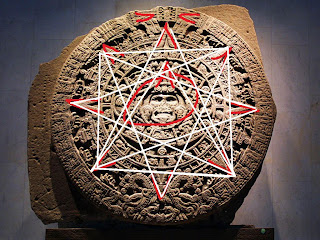 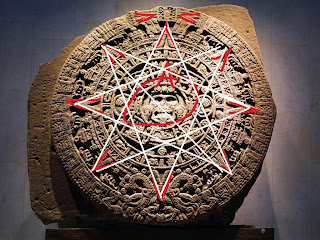 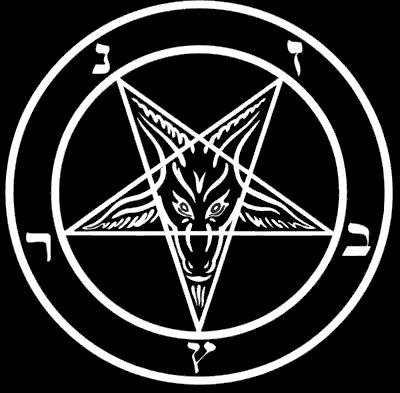 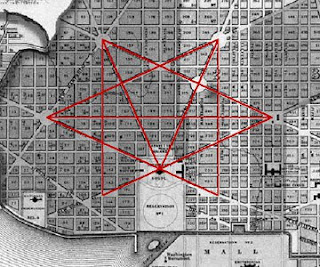 While the "Illuminati" symbolism (the Light Above) is perhaps even more obvious than all those aspects concealed in the Illuminati pyramid, the Masonic symbolism of the Statue of Liberty is somewhat more obtuse. Following is a depiction of the Statue as seen from almost directly above, with a red outline around the stellated base or foundation upon which the statue stands:

This symbol may not be immediately familiar to the average Freemason, and that is for a very good reason: it is not commonly known to most Masons, and is a symbol specifically reserved to only a handful of the highest initiates of the Scottish Rite. The symbol of the triple-triangle might still seem unfamiliar even to them, should they miss the subtraction of the basic square shape of the foundation from the middle. Here is the outline of the Masonic basis of the Statue of Liberty, clearly seen as an 11 pointed shape:

This shape may take a little bit of deciphering to unravel, however it is derived from attaching a regular square over top of the 3-triangle motif of the 33rd°. Here is the same outline, overlapped with this symbol:

The 4 points of the square addition remains indicated, somewhat, by the alignments of the handles and tips of the crossed sword and benediction-wand, however the other 6 points of the triple triangle design are more obvious, and inherent within the design of this symbol. The triple triangle motif, it should also be noted, should not be confused with the "heptagram" or 7 pointed star, which is also a symbol of the Illuminati that has slightly infiltrated the Masonic rites proper. It was adopted, however, directly by the OTO as the star of "BABALON," and this adoption threatens to reduce its original Illuminati meaning to Masonic geometry until it is merely accepted as an ineffable symbol, alike the Catholic Trinity itself.
Posted by Austin Schroeder at 2:44 PM